Encinitas is a coastal town about 25 miles north of San Diego, sandwiched between Carlsbad to the north, Solana Beach to the south, and Rancho Santa Fe to the east.

The city was incorporated in 1986, covers about 20 square miles, and as of the 2000 census had a population of 58,000. Encinitas has an international reputation as a flower capital (especially poinsettias). You will find a number of nurseries although many have disappeared. Encinitas is also the home of the San Diego Botanical Garden.

Encinitas consists of several communities from which it was originally incorporated - Encinitas (including downtown), sometimes referred to as Old Encinitas, Leucadia (the funky, surfing area to the north), Olivenhain, Encinitas Ranch (a newer large subdivision), and Cardiff, or more formally Cardiff-by-the-Sea (with a separate zip code but without a separate town government).

Encinitas has a thriving downtown area, primarily south of Encinitas Boulevard along the Coastal Highway (Route 101) near the beaches, with offices, shops, clothing boutiques, restaurants, galleries, and services catering to residents and vacationers.

The Coaster (commuter train) stops in downtown Encinitas (head south to Solana Beach or north to Oceanside for Amtrak).

The El Camino Real shopping corridor is a popular retail area to the east with shopping, dining and services, north of Encinitas Boulevard. There are hundreds of retailers (e.g., Home Depot, Target, Office Max, TJMaxx,, HomeGoods, among others), and multiple shopping centers (e.g., Encinitas Town Center).

Restaurants vary widely, ranging from casual to upscale. The downtown area along the Coast Highway has 50+ eating places, offering a broad range of America, California, and ethnic styles. A favorite local hangout is Le Papagayo, in Leucadia. The amenities of Carlsbad, including high-end dining at the Park Hyatt Aviara and the La Costa Spa and Resort, are a short distance away. Or head south a mile or so to Cardiff and take in one of the shore-front eateries along Route 101.

Encinitas beaches are well-known by surfers and non-surfers alike. No matter what your favored beach activity, you will likely find a place here that will feel just right.

Swamis, at the far southern end, is probably the best known surfing beach in the area located below the bluff where the Self-Realization Fellowship Temple and Ashram Center was built back in 1937.

Heading north the next beach is Moonlight Beach, perhaps the most activity friendly for all ages - there are barbecue pits, picnic tables, beach volleyball areas, showers/changing rooms, a snack bar and plenty of parking, plus handicapped access to the beach itself. Other beaches include Stone Steps, Beacon's and Grandview (in Leucadia).

Housing in Encinitas is fairly diverse in style, age, size and price. There are beach cottages, bluff-top homes along Neptune Avenue (the most expensive area) with fabulous ocean views, expansive tract homes in Encinitas Ranch, funky houses in Leucadia, equestrian properties in Olivenhain, plus condos and town-homes.

There are several mobile home parks and multiple small apartment buildings, and several 55+ communities. There are a good number of subdivisions in Encinitas, both gated and ungated, with a small amount of new construction. Village Park is a large neighborhood west of Encinitas Ranch offering a mix of housing  and in general the least expensive area. Encinitas Ranch is a large community of newer tract homes, many with views of the distant ocean or the Encinitas Ranch golf course. 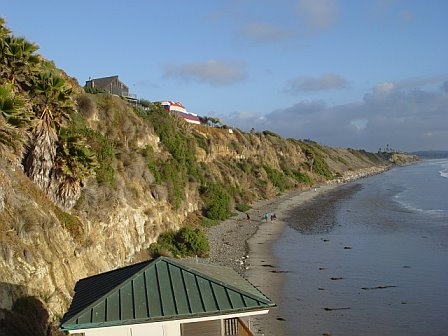 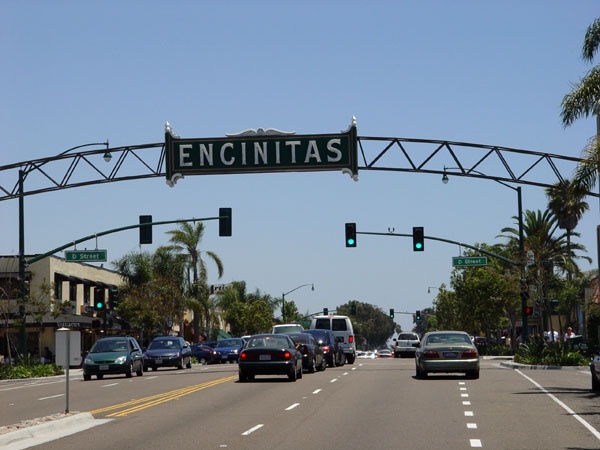 Find a Home in Encinitas

See All Neighborhoods
This information is deemed reliable but not guaranteed. You should rely on this information only to decide whether or not to further investigate a particular property. BEFORE MAKING ANY OTHER DECISION, YOU SHOULD PERSONALLY INVESTIGATE THE FACTS (e.g. square footage and lot size) with the assistance of an appropriate professional. You may use this information only to identify properties you may be interested in investigating further. All uses except for personal, non-commercial use in accordance with the foregoing purpose are prohibited. Redistribution or copying of this information, any photographs or video tours is strictly prohibited.

This information is derived from the Internet Data Exchange (IDX) service provided by San Diego MLS. Displayed property listings may be held by a brokerage firm other than the broker and/or agent responsible for this display. The information and any photographs and video tours and the compilation from which they are derived is protected by copyright. Compilation © 2022 San Diego MLS.